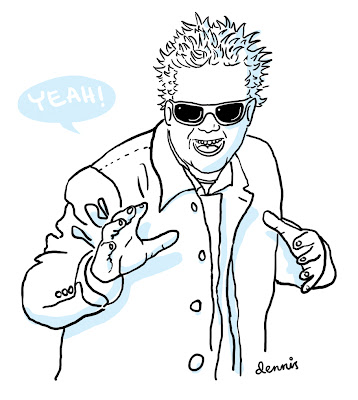 My portrait of Jacek "Dżej Dżej" Jędrzejak who plays bass in Big Cyc. It was recently published in a magazine called Trendy.
No comments: 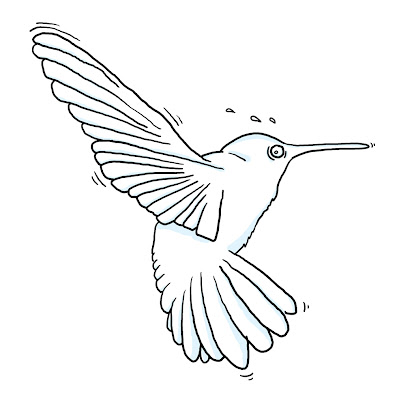 I like hummingbirds. This one will be printed on the cd of Baaba's new record.
No comments:

I was born exactly 37 years ago today. Because of this I have decided to make a comic novel – one frame each day during one year + one day. That makes 366 frames. The first episode will be published at 15:35, the exact time of my birth.

You can follow the comic here. And this is the Polish translation.
No comments:

Dr. Mabuse Is Back! 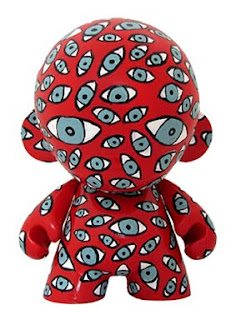 I nearly fell of my chair when I saw my hand painted vinyl toy on display in this weeks issue of Przekrój magazine. It's nice this artform is gaining some interest in mainstream media.

My custom toy 1000 Eyes Of Dr. Mabuse is on sale at Vinylcanvas. 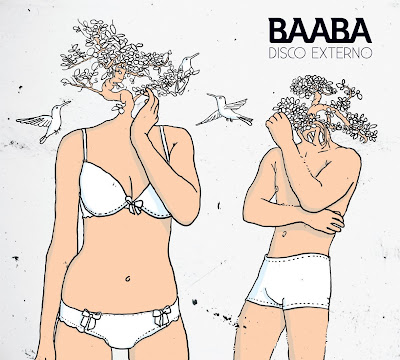 Finally, the fruit of quite a few hours hard work – the cover of Baaba's new album Disco Externo. It all started, as it always does. Bartosz Weber – the brain behind Baaba – gave me a demo of his new record to get inspired and then come up with something adequate. Baaba's music is hard to put a finger on. It's innovative and surprising, experimental and a bit crazy.

Bartosz didn't have a title for the album so I came up with Disco Externo which is Portugese for external hard drive. One of my first drawings revolved around people with robot-like heads made from vintage tape recorders. This idea then grew into these surrealist bonsai tree mutants with hummingbirds circling around them. I think I had a dream about this...

Disco Externo will be released on the Lado ABC label on the 7th of April.
No comments: