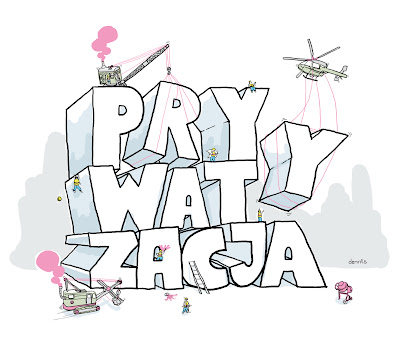 I was asked by Przekrój weekly magazine to illustrate a really tough subject – the privatization of state owned companies. This is a process that has been going on in Poland ever since the iron curtain was torn down. The magazine wanted to run some texts about the outcome of this. The first illustration shows how the word "privatization" is being built. 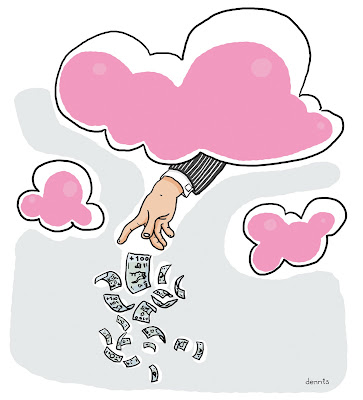 This picture was made for a smaller input from a priest about capitalism being a gift from god. 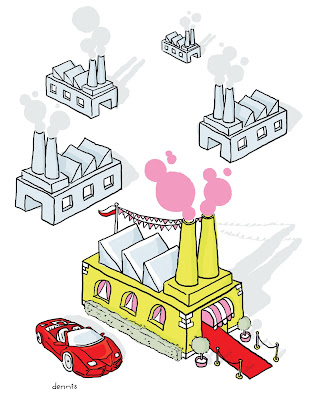 I made this one for a text comparing state-owned businesses to private, the latter being the less corrupt and most profitable.