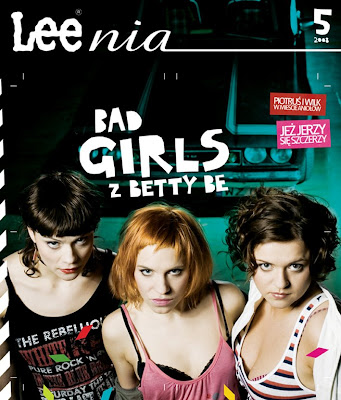 Leenia is the title of a customer magazine I design for jeans brand Lee. It's distributed for free in shops, cafés and bars. Every issue has a new layout and theme. Issue #5 2008 was mostly about film and animated film. For this issue I decided to make a really simple layout with sparse use of colour. The girls on the cover are members of a Polish indie band called Betty Be. The big title was handmade - a paper cutout. 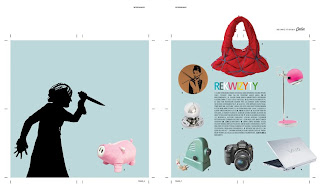 This is the gadget spread. The silhouette of Norman Bates' mom is actually a shower curtain. 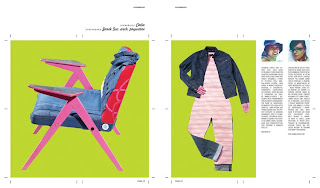 On this spread we present young designers who have to make something new and inventive out of Lee clothes. In this case they made furniture. 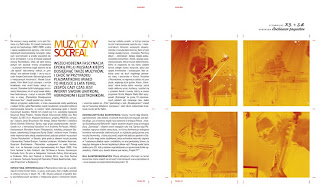 Plazmatikon is a Polish band playing electro nu-jazz (whatever that is!) They only use vintage instruments an their sound is a bit retro. I wanted the photos to look like old ORWO colour negatives. 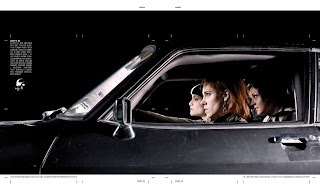 This is the last spread of the fashion shoot with Betty Be. It was inspired by Tarantino's Death Proof. 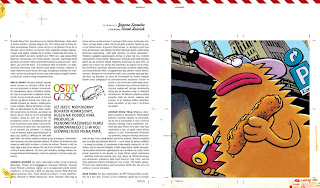 A fictive interview with comic character Jerry The Hedgehog about him starring in an animated feature film. 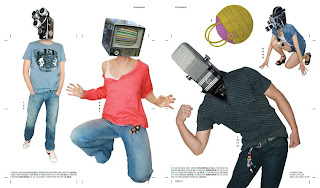 Another fashion shoot with human cameras. 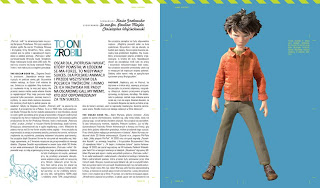 Academy awarded Peter And The Wolf - another animated feature production.